Jane Fisher on “Black Soldiers and the Harlem Renaissance” 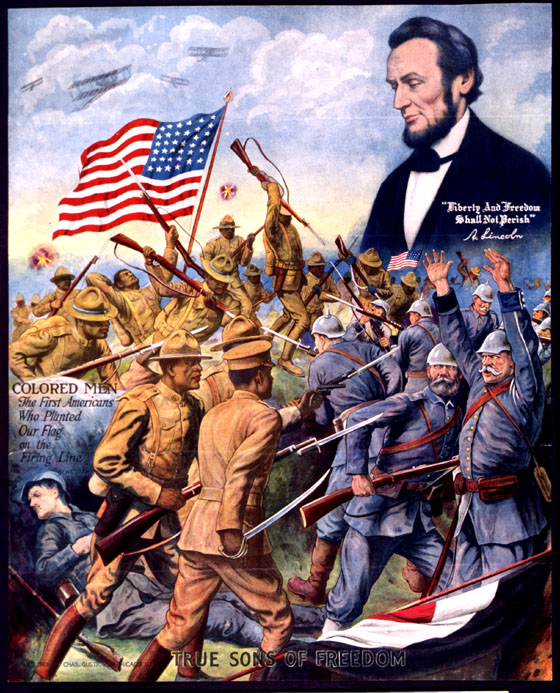 Jane Fisher, Associate Professor of English at Canisius, asks: “How did World War I African American soldiers emerge from a racist society to become transformative figures in Harlem Renaissance literature?” By looking at Claude McKay’s writing, Professor Fisher will examine how WWI African American soldiers overcame stereotyping and discrimination to offer a new model of African American manhood based on merit and equality, two characteristics that were central to the U.S. claim that their involvement in WWI would “Make The World Safe For Democracy.”

World War I also overlapped with the Great Migration, 1914-1920, which saw around half-a-million black southerners move from the rural south to northern cities such as Detroit, New York, Cleveland, and Chicago. Motivated by a lack of economic possibility rooted in racist social and political policies, black southerners hoped to capitalize on industrial labor opportunities in the North, which were increasing due to wartime production.

Despite the continued hold of segregationist and racist policies throughout the U.S. in the early 1900s (for example, the wide reach of Jim Crow laws in the south and Woodrow Wilson’s segregation of federal offices), about 200,000 African American soldiers fought in World War I with the U.S. American Expeditionary Force and the French Army.

The United States entered World War I late, in 1917, after several years of proclaiming isolationism. Black soldiers’ experiences of segregation and racism at home and in the U.S. military deeply contrasted with the U.S. domestic war propaganda, which claimed the U.S. was entering the war protect democracy.

The majority of these soldiers served as service, but roughly 40,000 saw combat on the front lines serving in segregated units. The 93rd Division, which included the famous “Harlem Hellfighters” (the 369th Infantry Regiment), fought with the French Army, which black soldiers found more welcoming than their own white countrymen. The Harlem Hellfighters “spent more than six months on the front lines—longer than any other American unit—and never surrendered an inch of Allied territory nor lost a single soldier through capture.” [Click to view a photo essay of African Americans soldiers in WWI, from the Oxford African American Studies Center.]

Both military and civilian France’s acceptance of American black soldiers offered an alternative to the entrenched racism and violence that African Americans experienced back home. This acceptance would cast France in a positive light for many African Americans. Some African American GIs would elect to stay in France after the war. In the years after the war, many black intellectuals, artists, and musicians from the U.S. and Caribbean (such as the French colonies) would head to Paris, which became a thriving center for an emerging black internationalism. Major figures of the Harlem Renaissance spent time or visited Paris, cultivating an intellectual and artistic exchange between Harlem, Paris, and the Caribbean that played no small role in placing Harlem as a cultural center on not just a national, but an international scale.

We hope you’ll join us at Professor Fisher’s talk, “Black Soldiers and the Harlem Renaissance,” from 1:00pm-2:00pm in Rockwell, 302.

Jane Fisher is Associate Professor in the English Department of Canisius College where she teaches twentieth-century literature and medical humanities. Questions engaging gender, war, and race motivate her teaching and research.  Her book, Envisioning Disease, Gender and War: Women’s Narratives of The 1918-19 Influenza Pandemic, was published by Palgrave/Macmillan in 2012.