Steve Peraza on “Folk Culture in the Harlem Renaissance” 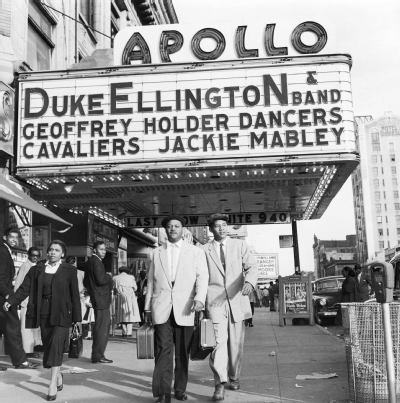 The Harlem Renaissance has been in the news this summer: a Harlem non-profit arts group is crowdfunding to turn Langston Hughes’ home into an arts and literary community space again, and the Smithsonian is running an exhibit of rarely seen Carl Van Vechten photographs and portraits of the Harlem Renaissance, including many well-known faces. And while figures like Ella Fitzgerald, Alain Locke, Lena Horne, and Zora Neale Huston are rightfully lauded as artistic and creative forces who influenced U.S. culture to this day, Dr. Steve Peraza’s talk for #BHF16 (“Folk Culture in the Harlem Renaissance”) will discuss lesser-known, everyday people of 1920s and 1930s Harlem.

Art–literary, visual, theatre, and music–of the Harlem Renaissance reflected the social conditions and consciousness of blackness in the US in the 1920s and 1930s. Assisted in part by the economic boom of the inter-war period, Harlem became a beacon for African Americans across the country and especially the south, and black Caribbean immigrants searching for jobs and community-building. The wide range of cultural and aesthetic influences due to the black migration (The Great Migration) from across the country and and immigration from across the world (especially Caribbean), along with social and political concerns of the time, would greatly influence the innovative art emerging from the Harlem Renaissance (not unlike the birth of hip hop in the Bronx fifty years later). Now two decades after Booker T. Washington’s famous 1895 Atlanta Compromise speech and racial uplift, the artists and intellectuals of the Harlem Renaissance grappled with questions of race, gender, and class and importantly, their access to national citizenship: what W.E.B. DuBois would name “the veil” and “double consciousness.”

Join us for Dr. Steve Peraza’s talk on September 24. You can purchase tickets and daypasses to the Festival here.

Dr. Steve Peraza is a policy analyst at the Partnership for the Public Good and a lecturer at SUNY Buffalo State. He earned his Ph.D. in U.S. history from UB, specializing in Atlantic World slavery. He teaches courses on U.S. history, African American history, and Hip Hop Culture.